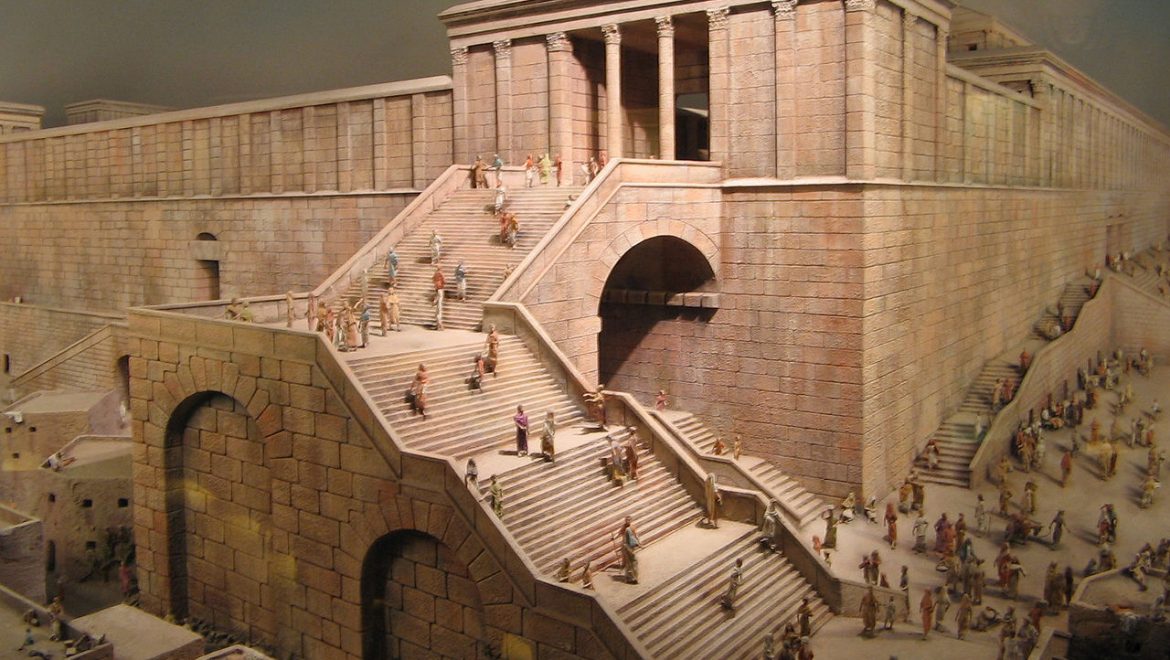 “If your brother, or your own mother’s son, or your son or daughter, or the wife of your bosom, or your closest friend entices you in secret, saying, ‘Come let us worship other gods’ whom neither you nor your fathers have experienced…take his life. Let your hand be the first against him to put him to death, and the hand of the rest of the people thereafter. Stone him to death” (Deuteronomy 13:7).

In the portion of Shelach we showed that the freedom to investigate and examine veracity of the Torah is utterly non-existent. In this portion we will show that the whole issue of freedom of religion, one of the very foundations of democracy, is not only forbidden by the Torah, but one who wishes to exercise this freedom is liable to stoning, that is, he merits a death sentence.

From the verse we brought above we see that it is sufficient for a person to say to his friend: “I have found happiness in my way of life. Come with me, we will bring incense to the love goddess, and you will see how you shall find peace from the rat race, how your relationship with that which surrounds you will improve, and even your financial situation will improve.” According to the Torah, one who says this should be put to death immediately (even if he did nothing but talk!) As Maimonides wrote in The Laws of Idolatry, chapter five, halacha one: “One who entices a Jew, be it man or woman, is stoned, though neither the enticer nor the one being enticed actually worshipped an idol, for he made the other think of worshipping… The enticer does not require warning…if he entices before two people, he should be killed… How?…The one being enticed should answer, ‘How can we leave our G-d in Heaven and go and worship stones and trees?’…and if he says ‘this is our obligation and it is good for us’ those standing there, at a distance, should bring him to the religious court and they stone him.”

To understand what stoning is, we will bring the mishnah in Sanhedrin 45a, “The house of stoning is two stories high. One of the witnesses pushes him to his hips. If he turns onto his front, he should be turned over (When he is on his back he is more disgraced — Rashi)…the other takes the stone and throws it towards his heart. If he dies from this, he has fulfilled his duty [the stoner has fulfilled his duty to kill by stoning]. If not, all Israel [all those present] throws stones at him, as is said, ‘the hands of the witness shall first be against him to kill him, then all the nation afterwards’.”

They smash the man’s body with stones. And all this for what? For his beliefs! Because he believes in something different. Therefore, according to Judaic law, he must die painfully.

If this were not enough, after he dies they take his corpse and hang it from a tree, as brought on page 46a, “How do they hang him? They stick the beam in the ground and the cross beam comes out of it [like a stake — Rashi]. They put his two hands one next to the other and hang him [by his hands — Rashi].”

Though these things are difficult to write, and who wouldn’t shake at writing that these are punishments mandated by Jewish law, we must write them. This is because the “pious” Jews pray three times a day: “Return our judges as of old.” It is very important that we understand what they really pray for.

The Tur, on Orach Chaim 118, wrote: “[The eleventh blessing of the Shmoneh Esreh — the most  important prayer in Judaic ritual], ‘Return our judges as at first.’ Why is it said after the prayer for the ingathering of the exiled [the tenth blessing, ‘Gather us together from the four corners of the earth’]? Since after the exiled are gathered they will judge the evildoers before settling in Jerusalem.” This, exactly, is what G-d fearing Jews pray for, that “the judges as at first,” that is, the Torah’s laws, will quickly return to the courts of law, and these are the laws of death sentences and stoning for any who thinks other than the rabbis. For the return of these laws they wish and hope and pray.

Come here and see what the Responsa Tzitz Eliezer wrote in part 12, section 72, “About the prohibition against going to courts which judge according to alien laws, even if the judges are Jewish, and even then the prohibition is more sever…and it’s more disgraceful then, for the replaced the laws of the Torah with nonsense laws…There is nothing in the world, G-d forbid, which escaped the framework of the Written Torah and the tradition we have from Sinai…and any who has ever tasted from the taste of Torah knows that all the words of the Torah are sweeter than honey and is the secret of our survival in the prolonged exile…” [and about this we shall say: woe to a person who calls bitter sweet and changes cruel laws into honey] “for soon the Master will come home and will set true Jewish judges as we pray each day, ‘return our judges as at first and our advisors as at the start,’ ones who judge according to the Torah. ‘And remove from us agony and distress’–these are those who judge according to Christian law.” (“Christian law” is the laws of enlightened nations, the laws of freedom and equality.)

And more than this — know that not only those who believe in the Torah and the commandments pray each day that the judgment according to the Torah will return and that instead of the Israeli law courts we will have a Sanhedrin with full authority to stone, kill, and hang, but even today, without a Sanhedrin, death sentences may be carried out according to the Halacha! As brought in the Gemara, Sanhedrin 46a, “R’ Eliezer the son of Yaakov said: I heard that a religious court flogs and punishes even without a rule from the Torah and though no Torah law has been broken, just to make a fence around the Torah. There was an incident of one who rode a horse on the Sabbath in the time the Greeks ruled, and they brought him to the court, and he was stoned.”

For riding a horse on the Sabbath “our judges as at first [and last]” will stone a person to death, and the Shulcan Aruch, Choshen Mishpat section two, paragraph one, writes: “Every religious court, even one that was not empowered [by uninterrupted ordination from teacher to disciple back to Moses] and that does not act in the Land of Israel, if they see the nation is reckless in sinning and it is a requirement of the times, could rule on capital cases and financial ones, all cases of punishment, even if there is no full testimony about the matter…and this is the custom in every place, that the city elders serve as a supreme religious court; they may flog and punish and proclaim property ownerless, according to the custom.”

And this is what is the Rama wrote in the Shulchan Aruch, Choshen Mishpat 425a, “We cannot kill, flog or exile or slay, or beat any of those who are liable to one of the religious court death sentences nowadays, so we excommunicate them and separate them from the public. All this is according to the letter of the law, but if a court sees that the times require it as a fence, they can set whatever punishments they like, as said above in paragraph two. This concerns only the capital cases which must be tried in court, but those who may be killed without the court’s intervention may be sentenced to death even nowadays.” [Like one who has intercourse with a gentile woman, or heretics and apostates who may be killed without a religious court order, as we said in the portion of Balak.]

Another thing you should know is that not only are the Torah’s laws cruel, but if the  prayers of those who believe in the Torah, “return our judges as at first,” were ever to be granted, most Israeli citizens would be inferior and discriminated against. After the religious people use the laws of democracy and freedom of expression, seize the government and abolish any courts of law other than the religious ones, not only will women (half the population) automatically be invalid to bear witness, but anyone who is not careful to observe the commandments will also be. As is written in the Shulchan Aruch, Choshen Mishpat 34, paragraphs 1-2: “An evildoer is forbidden to testify…Who is an evildoer? Any who violates a prohibition which makes him liable for lashes, and there is no need to talk about one who is liable to death at the hands of the court, whether he violated the prohibition for his own convenience or in order to anger the Heavens.”

And if they take control of the government, what will they do with the Israeli citizens who are not Jews? Their fate will be bitter indeed. Not only are they, from the very start, marked by the Halacha as inferior (one halacha even determines that one is forbidden to return a lost item to a gentile!) the few things we must do “for the sake of peace” would immediately stop. As Maimonides wrote in The Laws of Idolatry chapter ten, halacha six, “None of these things [of compromise, conciliation, and fair behavior to gentiles] are meant, except when Israel is exiled among idolaters or the hand of idolaters has power over Israel, but when the hand of Israel has power over them we may not allow idolaters to stay amongst us, even if they only intend to live with us for a short time or to pass through our land on commercial travels. They should not pass through our land until they accepts the seven Noahide commandments.”

That’s how it will be. If the Sanhedrin rules over us instead of the democratic institutions, the majority of Israelis will be without rights and less than equal, subject to the whims of the rabbis, to discrimination, and to the threat of death. 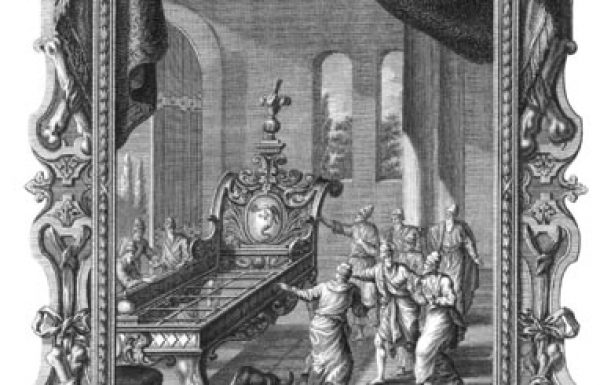 Ibn Ezra: criticism in the face of tradition.

The sages of the generation determine what is holy and about the Holy Temple.