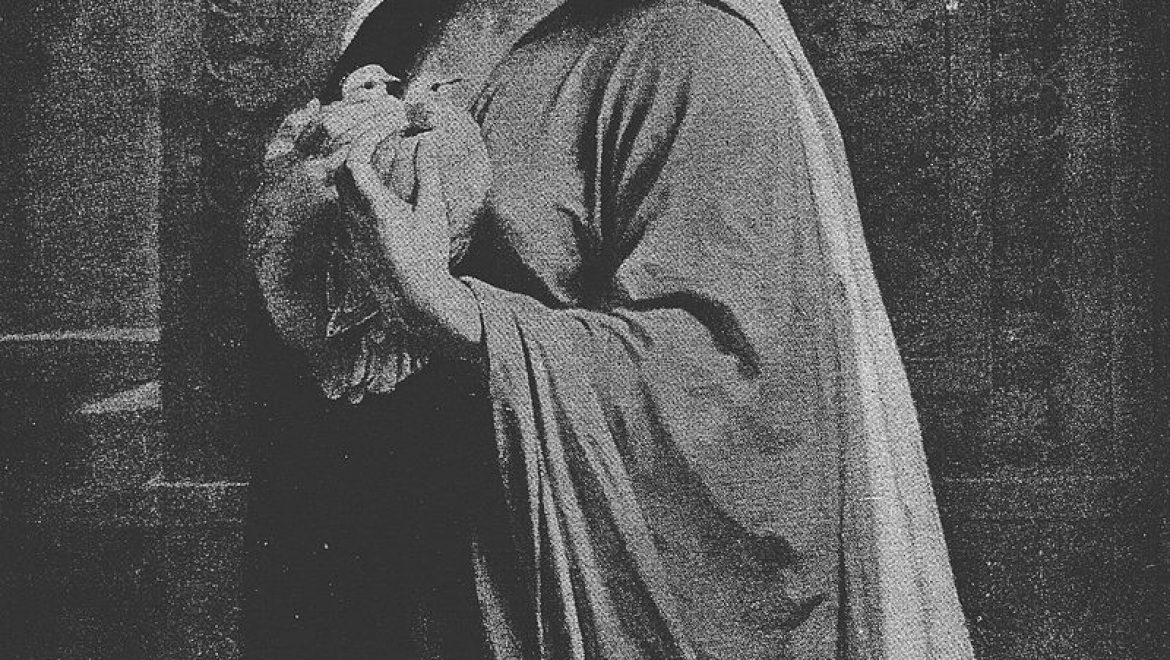 “Speak to the Israelite people thus: When a woman at childbirth bears a male, she shall be unclean seven days…On the completion of her period of purification, for either son or daughter, she shall bring…a lamb in its first year for a burnt offering and a pigeon or a turtledove for a sin offering” (Leviticus 12:2-8)

Our portion mainly deals with the issue of a metzorah, but since we do not know what tzora’at is (whether it is a disease or impurity), it is in the category of things learned merely for the reward of learning, as the Rashbam hinted in 13:2: “In all the verses about affects on the body and affects on clothing and affects on houses and their appearances and the number of days they are to be isolated, the white hairs and the black hairs and the yellow we have nothing to do with the simple meaning of the text at all.”

This is the way of the Torah: To go on at length about things which are not important to us and to be brief about the main body of instructions. As we have written many times, so did Ibn Ezra write in the introduction to his commentary on the Torah: “Why are the laws of the affect of tzora’at, which is a commandment to a single person for a limited time, brought at length, while the laws of the holidays, which obligate all Israel at all times, have no loyal witness in the Torah, to the point that we are forced to seek out hints here and there?” Indeed, this is a most strange thing.

This portion dwells upon the laws of a woman who gives birth. We have already seen that on these topic the sages say things which are not factually correct. (On the issue of the sages’ lack of understanding about a woman’s anatomy and the process of menstruation, see our seventh pamphlet.)

But it is even more important to pay attention to the discussion between the sages (who suppose that the forming of the fetus, male or female, takes forty days) and Rabbi Ishmael:

“They [the sages] told Rabbi Ishmael about Cleopatra, queen ofAlexandria, whose maids were set to be executed [and since they were to be killed, they were experimented upon, according to Rashi]. They were checked and found, this and this [male and female] after 41 days. [A cruel scientific experiment was done on them: they were impregnated and after forty days their stomachs were cut open; it was found that both male and female fetuses had finished their development.] He said to them, ‘I bring you proof from the Torah and you bring me proof from fools?’…What is the proof that it is from fools? The woman in whom a female was found was impregnated forty days before the start of the experiment. The rabbis [answered Rabbi Ishmael’s claim] saying that they gave the maids an abortifacient before impregnating them. Rabbi Ishmael [answers] ‘it is possible the drug had no effect on the woman’.” See there for another, similar incident (though with opposite conclusions) involving the Greek queen Calpatra.

We learn two very important things from this gemara. One is that proof from learning verses is more important than from factual reality, as is said, “I bring you proof from the Torah and you bring me proof from fools?”; this is as though he’d said: “I know these things from the book and I have no interest in facts from reality!” (In general, the words of Rabbi Ishmael are puzzling, especially since his proof from the Torah is very weak. From where did he learn it? “And if she births a female,” that the Scripture added a different birth for the female; therefore he was determined to refute the results of the experiment in the worst way, saying both that the maid was impregnated earlier and that the abortifacient did not lead to the abortion of the fetus.)

Until this very day we see foolishly righteous people who prefer the words of a rabbi or leader, even if they are nonsense, over what their eyes see, what their ears hear, what their mind understands, and what their reason concludes. About these did the Scripture write: “Even if you pound the fool in a mortar…his folly will not leave him” (Proverbs 27:22).

Another thing which we learn from the above Gemara is that Chazal understood realistic things not from observation and examination, but from learning the Scripture. Sometimes they strengthen their words with the experiments of the gentiles and sometimes they contradict the words of the gentiles, even in the most implausible ways, just to uphold their own words. Today, when examination and experimentation are most precise (for this is the way of science), Rabbi Ishmael would not be able to deny reality as he did in his times.

Another question about the woman who carries a fetus nine months and in travail bears sons (even though she is not commanded to be fruitful and multiply as is a man, in any case she helps him with this great commandment)–why does she have to bring a sacrifice? Not only one sacrifice is she obligated to bring, but two: a burnt offering and a sin offering. In what way did she sin? The disciples of Rabbi Simeon the son of Yochai asked this question in Niddah 31b: “Why does the Torah say that the woman who gives birth brings a sacrifice? He told them, ‘When the woman is preparing to give birth and the child is jumping within her, she swears she will not be with her husband any more; therefore the Torah said she should bring a sacrifice’.” The words of Rabbi Simeon the son of Yochai are puzzling, and Rabbi Yosef refuted them: “She should bring a sacrifice of vows” (and not a burnt offering nor a sin offering).

Here, too, we see the sages providing reasons for the Torah and not saying, “I decreed a decree, I made a law.” We have even found Rabbi Simeon learning a reason for what is written in the Scriptures and determining halachafrom that. In Deuteronomy 24:17 it says: “Do not take as collateral the garment of a widow” (Onkelos: do not take collateral from a widow). From the plain text it would apply to any widow, rich or poor, but Rabbi Simeon says in Baba Metzia 114a: “One takes collateral from a rich widow, but not from a poor one. [Why?] You must return [the collateral] to her, and you will give her a bad name amongst her friends” (they will suspect her of adultery).

On the other hand, we have found that according to our rabbis all commandments are learned by decree, as brought in Brachot 36b: “One who says. ‘He who had mercy on the bird’s nest’…is silenced…for he is determining [that laws are due to] G-d attribute of mercy, while they are merely decrees.” Rashi explains: “It was not done for mercy, but to give Israel laws and decrees, to announce that they are His servants and observers of His commandments.”

Even commandments with which one’s ethics agree must be treated as decrees, as brought in Sanhedrin 76b: “One who returns a lost item to a gentile, about him does the Scripture write, ‘to the utter ruin of the moist and dry alike; the Lord will never forgive him’.” Rashi explains: “One who returns a lost item and unites Israelite and gentile shows that in returning lost items G-d’s commandment is not important to him, for he even returns to a gentile though he is not commanded to do so.”

So you see that the commandments were not made to refine and purify people; they are decrees from Heaven. This is contrary to the opinion of Nachmanides, Deuteronomy 22:6, “And what is said about the one who makes it out to be because of G-d’s attribute of mercy while it is naught but a decree, means that God did not have mercy on the bird’s nest or for ‘it and its son’ [the prohibition to slaughter an ox or a sheep on the same day as its son (Leviticus 22:28)], for His mercy does not touch those with animalistic souls…but the reason is to teach us the attribute of mercy, that we should not be cruel…but [the commandments are] decrees made to guide us and teach us moral virtues.”

How would Nachmanides explain that one does not return a lost item to a gentile? If the Torah is there to teach us moral virtues, it would be proper for us to return lost items, for it is a virtue to be fair and return one’s loss. And even one who returns a lost item to a gentile does something good for his own soul unless the laws are decrees with no reason, which have not come to teach us anything.

What comes out of all our words is that our rabbis have no organized teaching about the reasons for the commandments, whether they are given to human explanations or are Divine decrees. We have even found Maimonides contradicting himself on this matter. In the “Guide to the Perplexed” he brings human reasons for the commandments, and writes, in part three, chapter 48: “There are two opinions they wished to mention: one which thinks there is no reason for what is written in the Torah aside from His will [they are His decrees]. We are drawn to the second opinion [that there are reasons for what is written in the Torah].”

But in the Laws of Prayer chapter 9, halacha seven: “One who says, in supplication prayers, ‘He who had mercy on the bird’s nest, that we should not take the mother with the children or slaughter an animal and its child on the same day, should have mercy on us,’ and so on, we silence him, for these commandments are decrees of the Scriptures and not mercy.”

This is one of the examples of the actions of the faithful people in our days. When the reason for a commandment is convenient and they know it will be accepted by everyone, they tell it to their disciples and praise the logic and reason therein. But when there is no comfortable reason, they say it is a decree of the Scriptures.

Perhaps they ought to, at last, gather their courage and make a clear decision: Are the commandments meant to refine people? If yes, they will have to explain why we do not return a lost item to a gentile, why we charge him interest on loans, and other acts which a fair person finds difficult. But if the commandments are just decrees of G-d with no reason or explanation, then why should we deal with their reasons at all, even for a single commandment. Even “Do not kill” and  “Do not commit adultery” are decrees, and there is no connection between them and human decency. 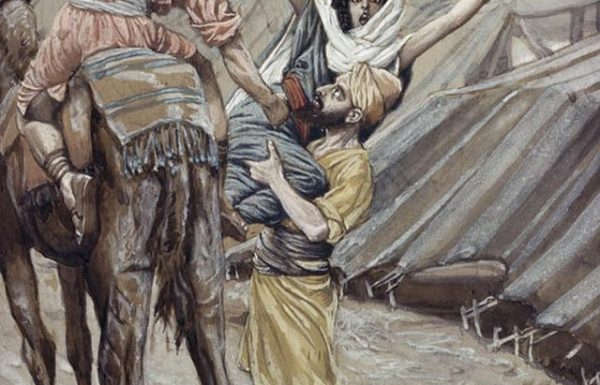