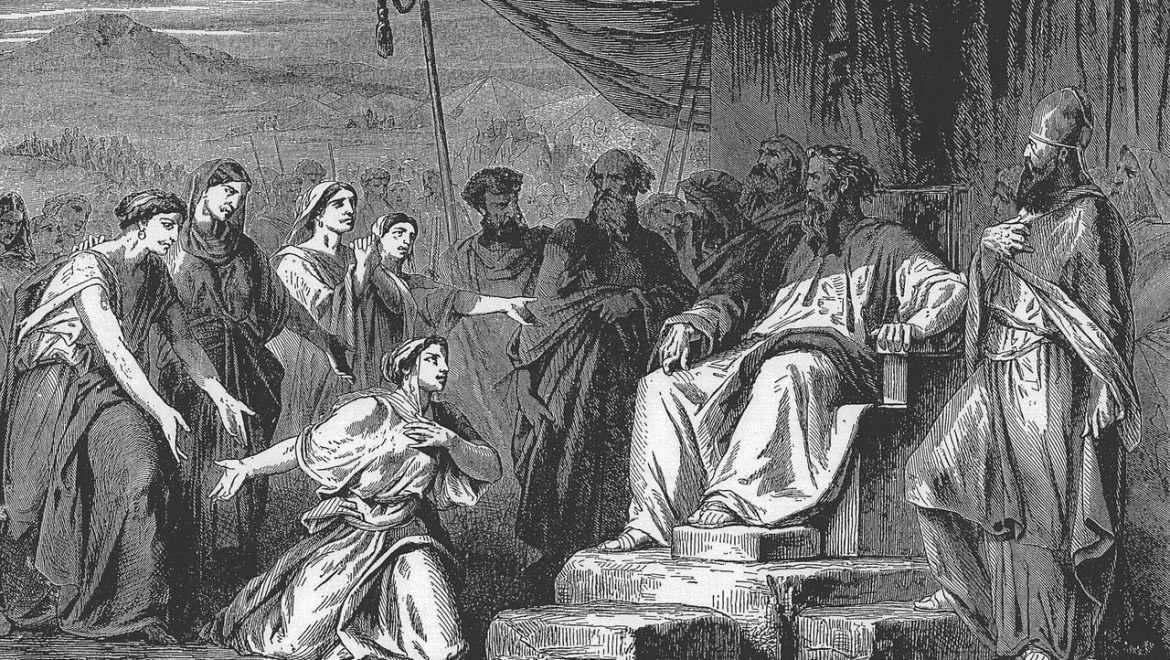 “Further, speak to the Israelite people as follows: ‘If a man dies without leaving a son, you shall transfer his estate to his daughter'” (Numbers 27:8)

In this portion we will deal with the status of women according to the Divine Torah. Look what we have written in the portion of Emor on the status of a woman who is a daughter to a priestly family. Now we will concentrate on the issue of a woman’s sovereignty over her body and her money. Other laws will be discussed in a special essay which we will soon publish.

Halacha determines: a woman, from the day she is born until she reaches maturity at 12 1/2 (until 12 she is considered a minor, and after she sprouts two hairs on her genitals she is considered a youth for another half year), is under her father’s authority.

When we say “under her father’s authority” we do not mean the authority to educate her or help her in school or a trade, but what it plainly means: her father may sell her as a slave until she is considered a youth! It is written in Exodus 21:7 “When a man sells his daughter as a slave.” Whose heart will not rebel, reading this verse? Know that not only is this girl sold to do work and labor, but her new owner may (and even should) take her into his bed and then he is even exempt from giving her a wedding ring, since by purchasing her he weds her. As Rashi wrote on Exodus 21:8, “Who has not espoused her to himself: For he should have designated her (as his wife) and should have brought her in to him as (his) wife, and her purchase money would be the money for her marriage. And here the Scripture hints to you that it is his duty to designate her (as his wife).” The “Divine” Torah allows the selling of small girls to men, for work and labor and even, later on, for taking to one’s bed as wife. This is a halacha from the Torah.

Her father may, until she matures, not only sell her to work, but may also marry her off for life to whomever he chooses (for a woman may not obtain a bill of divorcement without her husband’s consent). It is written, in Deuteronomy 22:16, “And the girl’s father shall say to the elders, ‘I gave this man my daughter to wife’,” according to the Torah the father may, without asking his daughter at all, marry her off to whomever he chooses. In the time of the Talmud, when the Rabbis saw that what was written in the Torah was not appropriate nor fair, they said in Tractate Kiddushin 41a, “A man is forbidden to designate his daughter for marriage when she is little, until she matures and says, ‘I want this specific man’.” This is what we say over and over again: in each generation public opinion influences the determination of halachic rule. While during the Biblical era they would marry off a daughter without considering her wishes, in the time of the Talmud this is no longer appropriate, and they start inquiring about her wishes. But the generations change again and with them the Halacha. The Tosfot, who lived in 13th century France, wrote in the third reference there, “And now we are accustomed to designating even our young daughters for marriage, for each day the exile has stronger sway over us and a person may now have the financial ability to give his daughter a dowry, but later on may not have that ability, and his daughter will remained chained forever.” The Rama, who lived in the 1500s, wrote in Even HaEzer 37:8 that they habitually married off their young daughters. Once again they married off their small daughters and most certainly did not ask their opinions.

See how again today no one, not even the most religious, would think of marrying off his daughter before the age of 12 1/2, even for fear that he will not have the financial resources when she matures. The times change and with them Halacha changes.

About the partnership between a man and a woman one must notice that Chazal did legislate many laws to protect the woman, such as the marriage contract, “so that it should not be an easy matter in his eyes to be rid of her” (Maimonides, The Laws of Interpersonal Relations, chapter 10, halacha seven) and the money for her upkeep, and other such laws for the woman’s benefit. On the other hand, a married woman has no right to her own money and therefore is not at all independent. She is taken care of because of the laws, but the man is master of all the family property. The woman has no right to the property. It is enough to mention two halachot to prove this. Maimonides, in The Laws of Injury and Damage, chapter four, halacha 21: “The injury of a slave or a woman is bad. One who injures them is liable, but the slave and the woman are not liable if they injure others.” The reason is that the woman has no money of her own, since everything belongs to her husband. And in The Laws of Interpersonal Relations, chapter 22, halacha 22, he writes: “If a woman is injured by others, the money due her should be used to buy land, of which her husband eats the fruit.” The woman has nothing of her own and what the wife bought, the husband has bought. This speaks of marriage, but what of when the husband or wife dies? Without any embarrassment or inhibition Maimonides writes in The Laws of Estates, chapter one, halacha eight: “The woman does not inherit from her husband at all, and the husband inherits all his wife’s property”! It is known that the woman, if she has a brother, does not inherit from her father and once she is married, even if she works and earns much more than her husband, he inherits from her, but she does not inherit from him.

After all the laws we recounted here which relate to the status of women in issues of property, you see the inequity which would make one scream to the heavens. But what is most amazing is that there are still rabbis who, in their ignorance or wickedness, say that “In Halacha the status of woman is equal to that of man; only their functions are different.”

You should know that most of the laws of interpersonal relations, though they are determined by Halacha, are irrelevant nowadays even to the religious. What religious couple lives with the sense that everything belongs to the husband? The marriage contract is considered just a piece of paper. No one relates to it seriously, and they all act according to the fair laws of the enlightened nations. When time for divorce comes, they divide the property and give the woman property rights and more. Certainly we do not live according to the Torah: the Torah says that a virgin gets, according to the marriage contract, 200 zuz, and a widow gets only 100. Who now differentiates between a widow and a virgin? Who even thinks about the marriage contract? Everything is done by agreement between the two sides. What G-d-fearing husband would ask his wife to wash his face, hands, and feet (as written of by Maimonides in The Laws of Interpersonal Relations chapter 21, halacha three, on the question of a wife’s duties to her husband)? It is only a shame that evil vestiges of the old laws remain, such as a daughter not inheriting from her father (should he have sons) and not inheriting from her husband, though even here there is progress and the brothers often give their sisters inheritance rights, bypassing the laws of the Torah.

Reality is persuasive and the spirit of equality between the sexes is just and honest. We will not regress. Women will not again be rendered inferior. Men and women will be of equal status in functions, reward, rights, and before the law. It is the destiny of justice and fairness to overcome all the iniquities of Halacha. Women are judges, and therefore they should also be halachic arbiters. Women are managers and it is therefore appropriate that they should determine Halacha. Women are surgeons and therefore they should also be ritual circumcisers and ritual slaughterers. The time has come for women to take their place and there is not a single function within Jewish ritual life or community life which it is permissible or fair to keep them from fulfilling. 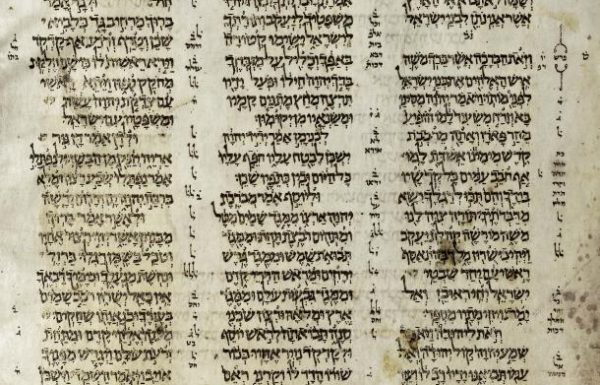 The sages of the generation determine what is holy and about the Holy Temple.