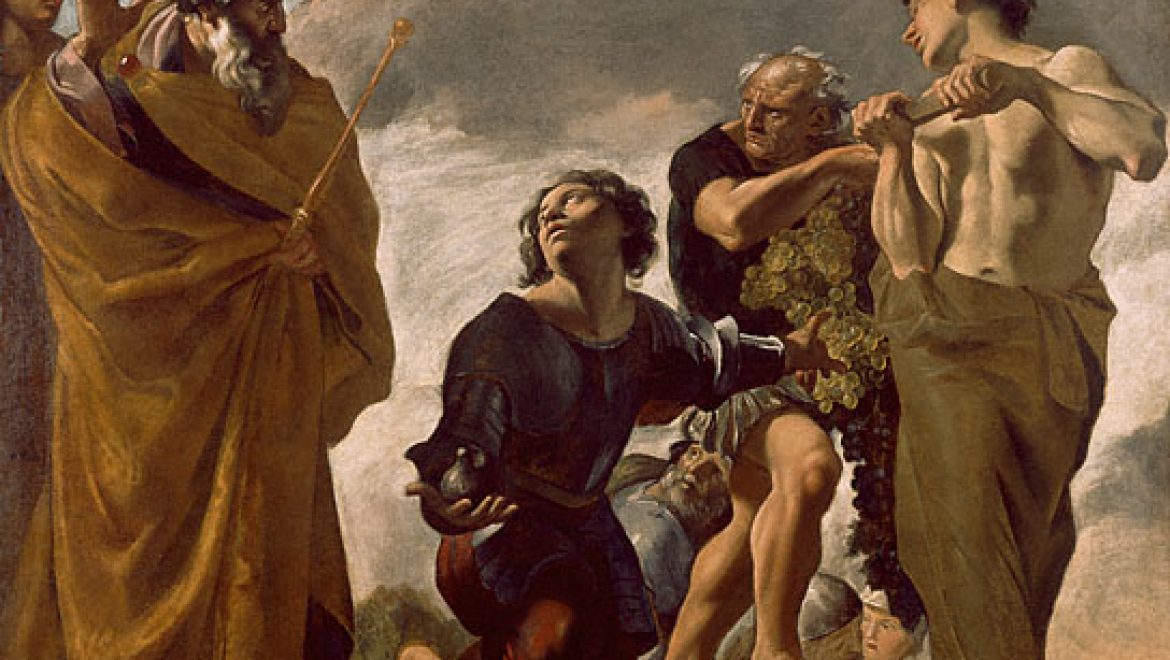 “You shall not stray after your heart and your eyes, after which you used to go a-whoring” (Numbers 15:39)

Due to the force and importance of this verse which appears in our portion, we will this time deviate from our practice of  bringing questions and contradictions based on the Biblical text which prove that the Torah is not from the heavens but is the work of flesh and blood (and it does not have a single author, it has more).

But in the wake of this verse we want to present you, the reader, with the opinion of rabbis about the very issue of study and examination and the reliance on observation and reason. When we say study we do not mean questions and queries within the Rabbinical and Biblical literature. Certainly these exist abundantly. The Gemara itself is an endless collection of queries and questions and there is hardly a comment in the Tosfot on the Gemara which does not begin with a question to clarify the words of our sages. All of Halachic literature is naught but one big collection of questions and answers. But these are only limited and delimited queries, all based on the writings about the writings, and there isn’t a single thing which comes from outside the writings. When Rabbi Haim of Volozhin wrote, in Ruach haChaim on Avot, chapter one, mishna four, “A student is forbidden to accept his rabbi’s words if he questions them. Sometimes the student is correct,” he obviously was speaking of the clarification of the texts themselves.

Therefore it is appropriate to clarify and say that this study we are discussing is about the veracity of “Torah from the heavens,” both the Written and the Oral Torahs.  (We wrote this introduction since many religious Jews who replied to us have said: our rabbis asked many questions and didn’t always get answers, yet they did not become heretics. Our answer: our rabbis discussed matters only within the framework of Torah and never actually disputed that framework. We, the speakers of true knowledge, will ask any question without fear, and will clarify matters with no apprehension; we will investigate and inquire with honesty and candor whatever we feel should be investigated and inquired about. Thus we also discuss and clarify, without fear, the question of whether Jewish Halacha is of Divine origin or not.)

What do the Halachic sages say about this?

Maimonides, in the Laws of Idolatry chapter two, halacha three: “Not only is it idolatry which one is forbidden to follow in thought, but against all thought which causes a man to uproot one of the foundations of the Torah are we cautioned not to bring it into our hearts or allow ourselves to think of and follow the thoughts of the heart. For the knowledge of man is limited and not all opinions can be clarified to their roots…Sometimes he will wonder if there really is a G-d…and sometimes will wonder if prophecy is true or not, or whether the Torah is from the heavens or not…and so one becomes a heretic. About this did the Torah warn in saying: ‘You shall not stray after your heart,’ that is, each of you should not follow your own limited knowledge and think that you have found the truth. This is why our sages said that ‘after your heart’ means heresy.”

In Sefer haHinuch commandment 213, “And they (of blessed memory) said that not only any thought of idolatry is forbidden, but any conception that causes a man to uproot something from the Torah. Well, elsewhere the Writ expressly cautioned about this: for it is written, ‘and you shall not stray after your heart’.”

In the Rivash’s responsa, section 45: “Though famous science books…it is appropriate to abstain from them if they attempt to uproot the foundations of our holy Torah…and they wrote in their books that there is no perfect knowledge, except from the one obtained by investigation, not by tradition. But we, the recipients of truth, have the knowledge that our perfect Torah, given to us at the Revelation on Mount Sinai by G-d through the hands of the master of prophets OBM, is supreme over all their investigations, which are null and void… And in Tractate Sanhedrin, p. 90, we are told: ‘Those who have no share in the World to Come…Rabbi Akiva said: even one who reads secular books’… Are there books more heretical than those which bring signs and proofs to refute the foundations of the Torah? Rabbi Akiva did not say ‘those who believe in the secular books,’ he said ‘one who reads them’ lest they stray after their hearts to believe in their words as happened to Elisha (son of Avuya) known as ‘the Other,’ as is said in Sanhedrin 15b, ‘They said about Elisha the Other, that when he would stand in the study hall many secular books would fall from his lap.”

Rabbi Shach, the head of the Ponevezh Yeshiva and a contemporary Torah great, writes in his book “Michtavim uMaamarim,” letter 73, “It is obvious that yeshiva heads, both from yeshivas for youths and older boys, must ensure that all the student’s time is occupied only with the study of the holy Torah. It is forbidden to give the student any opportunity to learn secular studies.”

We have quoted the opinion of our rabbis (who are scared of comprehensive thought as though it were the plague) from Rabbi Akiva, who forbade reading secular books, to Maimonides and on to our days to show you that throughout the generations the rabbis kept watch lest we investigate and examine and G-d forbid come to correct knowledge. They announced in advance that thought and knowledge are heresy. (Incidentally, after these words the claim that 600,000 people heard the Torah from the mouth of the Divine and passed it on to their sons, and the supposition that a father would not lie to his son raises contempt. We know that those fathers do not send their children to learn science and general studies, and therefore these parents are lying to their children, hiding from them all scientific facts for fear of independent thought. If on this issue they hide the truth from their sons, they certainly would do the same on other topics.)

You might ask about Maimonides who forbade inquiry, yet he wrote “A Guide to the Perplexed” which is an entire book of examination and inquiry. The Rivash, in the responsum mentioned above, said about this, “Do not bring proof from Maimonides, for he first learned the Torah perfectly…and to answer the heretics wrote the Guide to the Perplexed…And even so the Rabbi [Maimonides] did not manage to escape completely from following after the wisdom…And we have seen many who had rejected the yoke of prayer and disconnected themselves from the Torah’s traditions and commandments because of studying those wisdoms.”

To illustrate the “investigative” style of people like this, we have chosen to bring an example from the researcher Rabbi Reuben Margaliot (as he is depicted in his Encyclopedia Hebraica entry) who received the Israel Prize for lifetime achievement in 1957.

In his book haMiqra v’haMasorah (Kovetz Mehqarim), essay 12, “The Number of Letters in the Torah,” he brings the words of the Zohar Hadash on the Song of Songs: “Aleph, beit, gimmel,…reish, shin, tav. These are the letters which add up to 600,000″ and the Megaleh Amuqot: “Each Jew’s soul possesses one of the 600,000 letters of the Torah.”

Rabbi Margaliot questions this, for there are only 304,805 letters in the Torah. This is the starting point for his investigation of the words of the Zohar which contradict clear reality. What is his answer? After he raises several possibilities and rejects them he concludes, “It is known that between the letters and between the words there must be space, and there are spaces in the opened and closed portions…Therefore also the spaces are part of the count, and they correctly said that the Torah scroll, everything on the parchment, contains 600,000 letters.”

But what can we do if the Zohar attributes great significance to the holy letters but never says a word about the holy spaces, and instead explicitly wrote “aleph, beit” and enumerated each of the letters individually through the lettertav but did not name nor include nor even mention the spaces? The Zohar certainly did not say, “aleph, space, beit, space, gimel, space…add up to 600,000,” it says what we quoted above. Whoever attributes this to the Zohar, as opposed to what is written explicitly, shows himself to be mad, as we have quoted from Ibn Ezra on Daniel 1:1 many times: “How is it possible in a human language that a man should speak one word and mean another? One who supposes so would be considered a madman…It is better to say ‘I don’t not know’ than to distort the words of the living G-d.” As a joke we will ask Rabbi Margaliot which are the souls who possess only a space and not a letter, and what is the rule for those souls which are “spaces between letters”; is their level higher or lower than souls which are “spaces between words”? There is no limit to the absurdity and nonsense.

One who thinks logically knows that the Zohar can also be in error, but one who decides in advance that the Zohar cannot be in error is no longer seeking the truth as it appears before him, he only looks for excuses and fabrications which will bend truth to his beliefs.

About these thing the journalist Mordechai Gerlitz wrote in the HaModianewspaper (June 25, 1999): “It is known of the vigilance of sages and righteous people when dealing with research and Judaic philosophy books such as ‘A Guide to the Perplexed’ and the ‘Kuzari.’ They were careful to learn the answer before the question so as not to find themselves even for a moment, G-d forbid, in a state of doubt.” Perfect. This is like the scholar who was sad. They asked him, “Why do you look so down?” He answered, “I have a wonderful answer but I don’t have a question for it.”

Our opinion on the matter is known. We have written many times that each person must make his own ethical decision whether or not to accept investigation and examination and the search for truth through intelligence and common sense as the tools which guide his life or whether he completely abrogates his opinions and sense before the traditions handed down by his rabbis and before the words of others.

But what is not really possible is to be on both sides at once, to, on the one hand, accept the words of our rabbis even if they say that the right is the left and the left is right, and on the other hand to claim that faith is based on logical scientific research. The west is to the left of north (on the map) and even were both Elijah the prophet and our teacher Moses to come and say that west is to the right of the north, only a foolish follower would accept that. Blind faith and scientific examination cannot live as one, and the results to which people who try to live by two contradicting methods are the sort of distortions Rabbi Margaliot in his “research.” 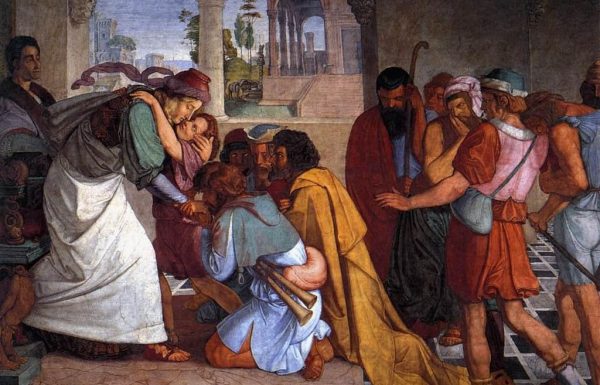 Testimony of inaccuracies in the words of the Scriptures and of the Sages.

The Sages learned the identify of the pure and impure birds without actually seeing them. Parashat Shemini “The following you shall abominate among the birds--they shall not be eaten, they are an abomination: the eagle, the vulture, and the black vulture…” (Leviticus 11:13). The portion of Shemini deals with animals, birds,