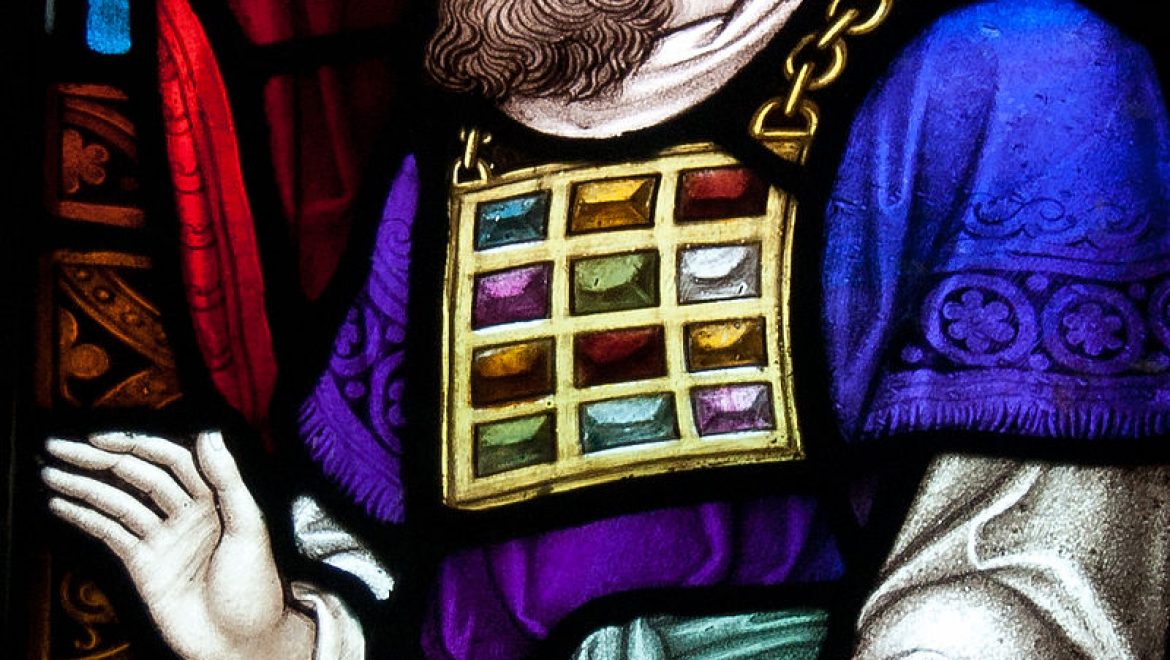 “Slaughter the ram, and take some of its blood and put it on the lobe of Aaron’s right ear and on the lobes of his sons’ right ears, and on the thumbs of their right hands, and on the big toes of their right feet….Take some of the blood that is on the altar and some of the anointing oil and sprinkle upon Aaron and his vestments, and also upon his sons and his sons’ vestments. Thus shall he and his vestments be holy, as well as his sons and his sons’ vestments.” (Exodus 29:20-21)

In last week’s portion we discussed the building of the Holy Temple and its vessels and we showed that the sages in each and every generation are those who determine the dimensions.

In this week’s portion we will discuss the work of the Holy Temple, the sacrifices which at the time of the Temple’s building were the primary method of worshipping G-d. We have quoted the verse which explains the process of sanctifying Aaron and his sons for the priesthood: “And this is that which shall you do to them to sanctify them to serve as My priests” (29:1).

But there is a different spirit in these our days, and so one who reads these verses will be horrified at the act of sprinkling animal blood on a person’s body, for this is one of the lowest and most barbaric rituals. Not only is the action of sprinkling blood foreign to faithful Jews, but all the rituals of sacrifices, of slaughtering animals and burning their corpses on the altar, are among those things we could never conceive of doing, and even object to in our hearts.

And if you wonder–“What will happen about our future Holy Temple, how will the priests perform in their work and the Levites in their rostrums?” This is exactly that which we are explaining, that in every generation the sages are those who determine the ways to worship G-d, based on their intellect and hearts. Go and learn: Ezra and the people of his generation built the Holy Temple and brought sacrifices to atone for the sin of idolatry. Their sin was deliberate, and the rule is that one only brings sacrifices for unintentional sins. The Gemara in Horayot 6a explains: “And were they not deliberate sinners? It was an emergency ruling for that time only.” “Emergency ruling”–what a lovely phrase to make halacha right when it supercedes the explicit Scriptures!

Not only on this issue did they make changes, but even on the count of the sacrifices. “The returning exiles who arrived from captivity made burnt offerings to the G-d of Israel of 12 bulls for all of Israel, 96 rams, 77 lambs, and 12 he-goats as a purification offering” (Ezra 8:35). About this was it written in the Gemara in Horayot 6a, “96 rams and 77 lambs, according to whom? It was an emergency ruling.” See how an emergency ruling has the power to innovate and change the laws of sacrifices stated explicitly in the Scriptures.

When we wrote about the weekly portion Vayetze we cited the Sifrei, “The pillar which was loved in the fathers’ days is hated in the sons’ days.” Generations come and go, halachot come and go, and the way of worshiping G-d remains the choice of the Jewish society. The public will decide for itself the way it wishes and will rely upon the agreement of the sages, which will follow.

For example: at the time of the Bible we were commanded to remit all debts during the seventh year: “This shall be the nature of the remission: every creditor shall remit the due” (Deuteronomy 15:2). This commandment to remit debts was so stringent that the Torah warns us: “Beware lest you harbor the wicked thought, ‘The seventh year, the year of remission, is approaching,’ so that your eye becomes evil toward your needy kinsman and you give him nothing. He will cry out to the Lord against you, and you will incur guilt.” But G-d promises us, “for in return the Lord, your G-d, will bless you” (Deuteronomy 15:9).

But come see what happened during the Second Temple period, when the faithful no longer believed in G-d’s blessings, stopped loaning to their fellows, and the poor were so needy that no one loaned to them at all. Thus it was until Hillel the Elder made the Prozbol reform (a contract which states the conditions of the loan in such a way that one can demand payment even after the seventh year), and about this it is said in Tractate Gittin 36a: “This is one of the reforms by Hillel the Elder, who saw that the nation refrained from making loans and went against what is written in the Torah, ‘Beware lest you harbor the wicked thought…’, so he made the Prozbol reform.”

According to Rabbah, since the sages may confiscate people’s money, they can also alter the Torah commandments having to do with money, since “that which the courts have declared abandoned is abandoned,” see Gittin 36b.

See how the matter developed: While during the Second Temple period they still had to actually write out a Prozbol contract, in the time of the Talmud, even one who did not write out a Przbol contract could demand repayment of his loan, as brought in Gittin 37b, “Rav Nachman said, ‘A person is believed when he says that he had a Prozbol and it got lost’.” Even if the loaner did not make this claim, there were judges who would coach him to make this claim, as is told of those people who came to Rav’s court, and he asked them, “Didn’t you have a Prozbol and it got lost?” The Talmud (Gittin 37b) says this is a way of fulfilling the commandment “Open your mouth for the mute” (Proverbs 31:8).

In the era of the Rishonim they no longer wrote Prozbol contracts at all, as the Rashba writes in his Responsa, part four, section 23: “And even in the places where they have no custom of writing Prozbol contracts and they are used to writing only that the loan is ‘such that the seventh year would not remit the debt,’ we allow it, since it may have a condition which not written.”

It is clear that the judges do not remit the debt, even if they clearly know that the loaner did not make conditions or write a Prozbol contract. This is what we have been saying, that since the spirit of the times has changed and no one would be willing to loan to others without getting his money back, the Scriptural prohibition had been superceded, though it is an explicit warning the likes of which there are not many.

So you see that the public–or, in other words, the spirit of the times–determines the Halacha.

Another example: the matter of polygamy. The Torah allowed a man to marry many  wives, but then, Rabbeynu Gershom came along and forbade it through the end of the 5th millennium. That time has passed. But today, throughout the world,  those who fear G-d would not think of marrying two women (even though the actions of the fathers are a sign for the sons, and the forefathers, Abraham and Jacob, had many wives), not because of their countries’ laws and not because of Rabbeynu Gershom’s ruling, whose time has passed, but because this is the will of the public, and so the people have accepted upon themselves to marry one woman only.

Let us return to the work of the Temple, and we will show you all the changes which took place since the Second Temple’s destruction. “They innovated prayers in place of the daily sacrifices” (Brachot 26b), and synagogues and study halls are the replacement for the Holy Temple, as written in the Mishnah Brurah 151, subsection 40: “There is a doubt whether the storeys of the synagogue are like the storeys of the Temple court, which were not sanctified, or, since the synagogue and study hall are called ‘miniature Temples,’ their stories are like the stories of the Temple hall, which we know definitely had the sanctity of the Temple hall itself.”

And since the G-d fearing public doesn’t really want to slaughter all those animals, to burn them on the altar and sprinkle their blood, it becomes clear why we do not build a Temple even though the Sefer Hachinuch on the portion of Terumah states, “It is a commandment to build a house for G-d…and this commandment is in force whenever the majority of Israel is on its land; this is one of those commandments which do not fall on the individual, but on the public as a whole.”

Therefore, we do not really want it, and that is good, to the extent that the Rambam in The Laws of Sacrifices, chapter two, halacha 14, wrote, “The measures of the libations said in the book of Ezekiel and the count of those sacrifices and the order of worship written there are all supplements and are not to be practiced forever. The prophet commanded and explained how they would make the supplemental sacrifices for the dedication of the altar at the time of the Messiah King, when the Third Temple will be built.”

The words of the Rambam are similar to what Rabbi Yochanan said in Tractate Menachot 45a, that the words of the prophet Ezekiel do not at all match what is written in the Pentateuch: “Elijah will explain this matter in the future.” And Rashi explained, “Until Elijah comes and explains this issue, we do not know how to explain it.” On matters like this Chazal had already wondered, in Sanhedrin 51b, “Is this a law which will only be in force during the time of the Messiah?”

This seems to be the explanation for the matter, that when the Messiah comes, i.e. when wisdom is increased and there is a Sanhedrin, they will be the ones who will determine the laws and the order of worship and the dimensions of the Temple. This is exactly what Solomon did for the First Temple, and this exactly is what Ezra did for the Second Temple, so why should we determine these laws now, when it is clear they will change in the future?

To strengthen our words, that the sages in each generation are the only ones who determine the way we should proceed, we will cite the words of the Rambam. The Rambam gives the sages a wide field of authority to punish and even to execute, as he wrote in the Laws of Sanhedrin, chapter 24, halacha four, “A court may lash one who has not earned lashings and may execute one who has not earned death, if they are not doing anything against the Torah, but only placing a fence around the Torah.”

Like Hillel the Elder, who created the Prozbol reform due to the public’s will, are the ways of the generation’s sages who rule on the matters of Halacha. The acts of the public and its customs guide their intellect and hearts to the Halachic laws they will create. 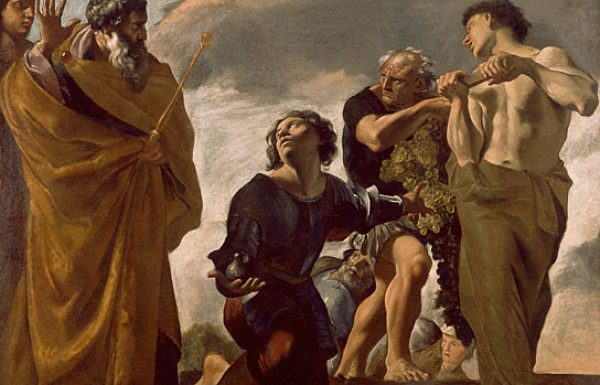