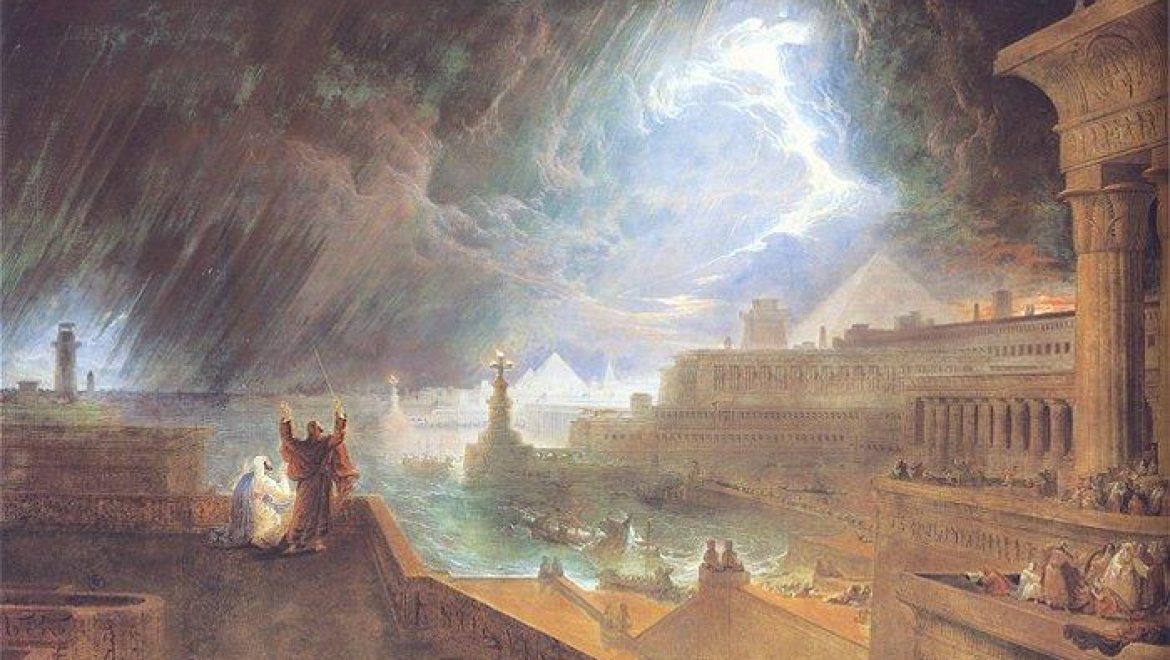 “I will redeem you with an outstretched arm and through extraordinary chastisements. And I will take you to be My people, and I will be your G-d. And you shall know that I, the Lord, am your G-d” (Exodus 6:6)

We have come here to explain the nature of that faith referred to in the verse, “and you shall know that I, the Lord, am your G-d.”

For these are things which depend on the heart and do not depend on any rational, logical argument, no scientific explanation, and not even observed and well-known facts. G-d performed extraordinary chastisements in Egypt through a change of nature, produced ten plagues and rent the sea. About this wrote Rambam, in the Laws of the Bases of the Torah, chapter eight, halacha one, “Moses, Our Teacher, was not believed by the people of Israel because of the signs he performed, for one who believes based on signs has in his heart some fault, so that through trickery and witchcraft he could perform the signs…But when did they believe in him? At the Sinai Revelation, when our eyes, and not those of a stranger, saw, and when our ears heard and none else…From whence do you know that only the Sinai Revelation is the proof that his [Moses’s] prophecy was true and had in it no fault? For it is written, ‘Here I shall come to you in the thickness of a cloud so that the people may hear when I speak with you and may also believe in you forever’.”

This thing is most wondrous: Did the ten plagues have within them some fault? For the people of Israel saw them and not some stranger, and even so perhaps they were the works of witchcraft? If so, why was there no fault with what the people of Israel saw at Mount Sinai? Perhaps that, too, was an act of witchcraft, as we have found when Satan confused Israel when Moses ascended to the Heaven (Shabbat 89a), “Rabbi Joshua the son of Levi said, ‘What are we to learn from what is written, “And the people saw that Moses was long (boshesh) in coming down”.’? Do not read it as boshesh, but as bau shesh(the sixth came). When Moses ascended he told the people, “At the end of forty days, at the sixth hour I will come.” At the end of forty days Satan came and mixed up the world. He said to them: “Your teacher Moses–where is he?” They said to him, “He ascended to the Heaven.” He said to them, “It is already six,” and they did not attend to him. “He has died,” and they did not attend to him. He showed them the image of his deathbed, and this is what they said to Aaron (Exodus 32:1), “This man Moses who brought us out from Egypt, we know not what has happened to him”.”

In Sefer HaChinuch (in the author’s notes) there is an answer which explains our opinion on this matter, “Doubt can never affect what becomes known through the medium of prophecy. This is why the Eternal Lord (be He blessed) said to Moses, (Exodus 19:9), ‘that the people may hear when I speak with you, and may also believe in you forever’.…Had they not attained the state of prophecy during all the wonders that Moses wrought before Pharaoh’s eyes and theirs, an objector would have been able to argue and say, ‘Who knows? Perhaps he did everything through trickery by knowledge of demons or by the power of the names of the angels.”

The words of Sefer HaChinuch are clear and well understood. A man who sees miracles and wonders, even if he sees the voices through which G-d speaks will still cast doubts and be skeptical whether this is the word of G-d, unless he saw all this when he had attained the level of prophecy, and then he will clearly know that all the acts were indeed done by command of the Master of the world. And what is the prophecy which removes every question and doubt?

You must know that prophecy has naught to do with sense and intelligence, and not even with the five senses. It is the vision of the heart alone, the understand of the heart and not of the mind. Thus is written in the book Or Zaru’a, section one, the Laws of Kriyat Shema, paragraph 7, “The Holy One, blessed be He, shows His glory to his prophets and righteous ones through the understanding of the heart… We find out that this is the vision mentioned, the heart’s sight and not the eye’s sight is it, for it is impossible to say that one sees G-d’s image through eyesight, for it is said, ‘Which way will you imagine G-d, and what image would you give for Him,’ but it is the vision of the heart.… This teaches that He shows His prophets a sight they can see, but actual vision–G-d forbid anyone should consider this.”

And therefore faith itself has no connection to the mind or the senses or anything, but, as Chazon Ish said in his book “Emunah VeBitachon,” “the degree of faith is a delicate inclination of the soul’s delicacy.” Similarly it is brought in Baba Batra 12b that the deduction of a sage’s heart is as prophecy, where the Gemara brings a proof that prophecy was not withheld from the sages even after the destruction of the Temple, “Rav Ashi said, ‘Know that when a wise man says something, it is as though he said Torah handed to Moses at Sinai’.” And Rashi explained, “the deduction of the heart is brought to him in prophecy and he merited concurring with Torah given to Moses at Sinai.” We find ourselves learning that prophecy is faith is the deduction of the heart, and it is among those things which can not be quantified and are not given to agreement nor to logical arguments; each and every heart has its own deduction.

After we have clarified that the matter of faith is one of those things dependent upon the heart and is not an issue for proofs or signs and portents, the Gemara in Brachot 9b is well understood. It explains the verse in I Kings 18:37, “Answer me, O Lord, answer me, that this people may know that You, O Lord, are G-d, for You have turned their hearts backward.” “Rabbi Abahu said, ‘Why does Elijah say “answer me” twice? It teaches us that Elijah said to the Holy One, blessed be He, “Master of the universe, answer me and let fire descend from the heavens to consume all that is on the altar and answer me and divert their minds so that they will not say it is an act of withcraft”‘.”

Understand these things well. Elijah the prophet, who remained alone, wanted to show G-d’s glory and the trickery of the prophets of Baal. On the face of it, they should not suspect that he would perform an act of witchcraft, as he was coming out against witchcraft. Even so, Elijah prayed that they would believe him and not say it was an act of witchcraft. Therefore you see that the issue of faith does not depend on rational arguments or even on facts; it is a determination of man, engraved upon his heart. In other words, it is his own personal caprice.

The believer who wishes to make excuses has no need for facts, only the truth of his faith. To fortify and uphold his heart’s deductions he will say that right is left and left is right. Reality becomes faith’s handmaiden.

Even were Elijah to pull down the fire of truth from the heaven those who did not wish to listen to his words would say it was an act of witchcraft.

Therefore we are not surprised at the answers of those who look for excuses to prove that Torah is Divine. When we bring clear factual proof that Chazal did not speak from the mouth of the Divine at all, they come up with all sorts of nonsense that any intelligent person with common sense would ridicule. They are exactly as the people of Israel who did not believe and even if Elijah had brought fire down from the heavens for them, they would have found excuses and said it was an act of witchcraft. This is how the people of the “HaModia” newspaper acted when they wrote about our words here, “This is not a physical nor a simple ideological battle; it is a supreme spiritual battle, serious, grave, and dangerous, behind which stand Satan and the forces of spiritual impurity..”!

Bring the fire of truth to them, clear and resolute facts and they, what do they see? The nonsense of witchcraft, “spiritual impurity” and Satan! 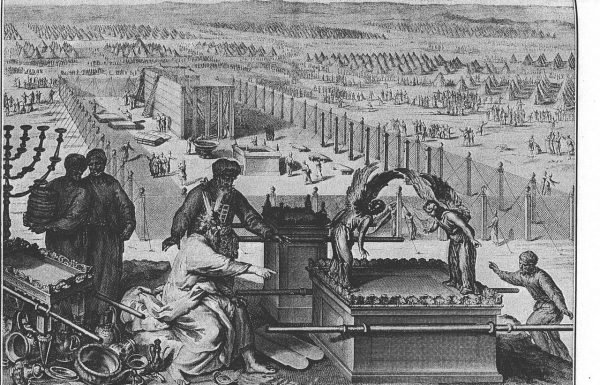 Ritual slaughter, not mentioned in the Written Torah, causes great anguish to animals.